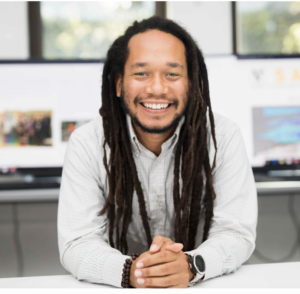 Dr. Justin Dunnavant, an incoming professor in the UCLA Department of Anthropology, recently had his work with the Smithsonian’s National Museum of African American History and Culture (NMAAHC) featured on WUSA9 news in Washington, DC. Dr. Dunnavant’s research seeks to share the whole truth about the experience of African Americans by unearthing artifacts from some of the highest and lowest places on earth. The Slave Wrecks Project is focused on salvaging artifacts from the wreckage of slave ships around the world. Dr. Dunnavant states that there is history, particularly underwater history, that hasn’t been uncovered. “Dunnavant has done work in Africatown, Alabama, a city that was formed by African Americans after the emancipation of enslaved people. Many of those in the town crossed the Atlantic on a ship named the Clotilda — the last known slave ship to reach the United States.”

To learn more about this important research, check out WUSA9’s print and video coverage HERE.

Recap of UCLA Symposium “On the Matter of Blackness in Europe: Transnational Perspectives”

UCLA Big Data and Politics Seminar Series: The Prevalence and Sharing Patterns of ‘Fake News’ in the US in 2016 and 2020 on Friday, May 14

Festivals in the City of Angels: Kwanzaa in Leimert Park Village on December 17 — RSVP Today
0 replies