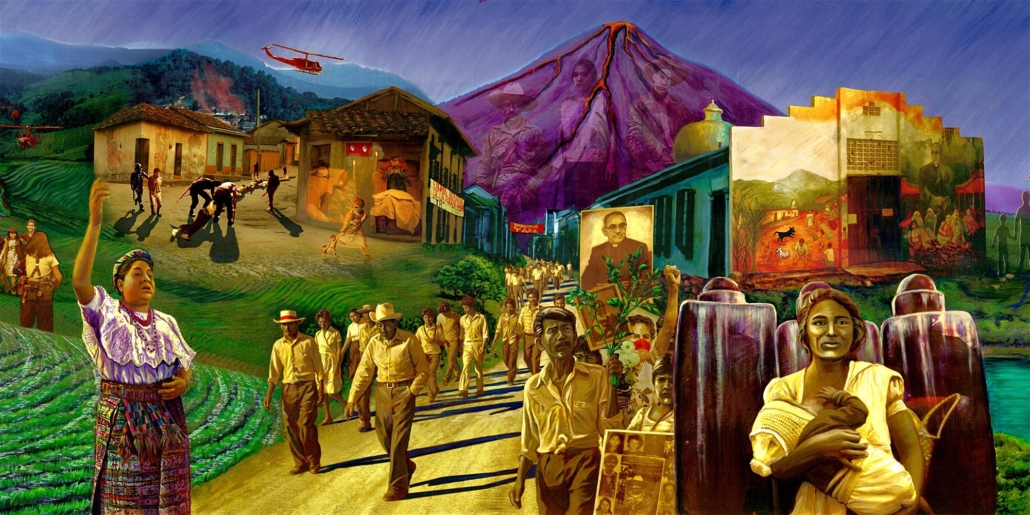 There are very few opportunities for scholars, academics, and students to congregate and hold events centering such issues as Central American Migration, which is what made the conference held last month at the Luskin School of Public Affairs so special. The conference titled “Central American Migration to Mexico and the United States Conference,” was multilingual, interdisciplinary, and intersectional, which created space for critical conversations and the exploration of compelling research that is inspiring further collaborations among scholars and students.

The experiences of Central American migrants are often conflated with the experiences of other immigrants coming to the United States. While all migrants are subject to dangerous situations, it is important to understand the unique challenges faced by individuals that travel through several different nation states to come to the United States. The conference was created with this very purpose in mind and highlighted different communities and experiences including those of indigenous Mayan migrants and even some of the personal experiences of panelists. It also utilized historical evidence to contextualize contemporary issues. The event highlighted the work of several faculty experts from the Latino Policy and Politics Initiative (LPPI) including Dr. Leisy Abrego, Dr. Juan Herrera, and Dr. Cecilia Menjivar who heralded the event and shared how their own personal narratives enhance their research on Central American migration. 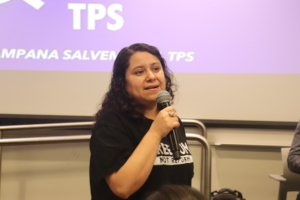 Dr. Abrego spoke about the impact of US immigration policies stating that, “what is happening right now, I guarantee you, will have effects for generations to come as people have to heal from the type of legal violence we are seeing.”

Professor Leisy Abrego centered her presentation on the negative rhetoric that has become increasingly common towards Central Americans and its impact on United States immigration policy. To highlight the shift in federal responses toward Central American migrants, Dr. Abrego  offered comparisons of the Obama and Trump Administrations’ policies on immigration and how they built upon the border industrial complex. According to Dr. Abrego, the Obama Administration used deterrence rhetoric as a shield to protect from any critiques that migrants were being treated unjustly. The Obama Administration continuously stated that the only reason they created detention centers was to prevent any more Central Americans from wanting to migrate and attempted to humanize their struggles for funding support. Under the Trump administration, the number of deportations decreased but the rhetoric surrounding immigrants, specifically Central Americans, became more aggressive. Dr. Abrego acknowledged that the negative rhetoric used by the Trump Administration led to the further dehumanization of Central American immigrants in order to build up a xenophobic political base.

One of the key factors that Dr. Leisy Abrego centered on during her presentation was the erasure of the U.S.’s role in immigration. Many Central American immigrants looking for shelter in the U.S. are turned away, or asked to wait in a perpetual state of limbo in Mexico, before they are granted asylum in the U.S. Many critics of immigration reform wonder why the U.S. should take responsibility to shelter asylum seekers. Dr. Abrego addresses these critics with the effects of erasure of the U.S.’s role in immigration. The U.S. is responsible for much of the gang violence that is now inherent in several Central American countries, specifically El Salvador, Guatemala and Honduras. Dr. Abrego concluded by stating, “in the representation of Central Americans…always as a crisis either as criminals…or as helpless victims, we always erase, at least in the main discourse, the role of the United States in creating all of this.” 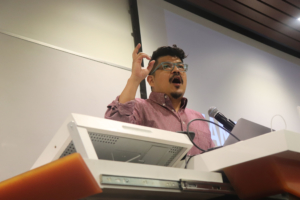 LPPI Faculty Expert, Dr. Juan Herrera shared his experience as a dark-skinned Latino in a community with prevalent anti-indigenous sentiment and how they fueled his studies.

Dr. Juan Herrera also called upon his lived experiences to provide context to the circumstances of Central American migrants. By leveraging his personal anecdotes, Dr. Herrera brought a human face to the economic, political and social difficulties faced by Central American migrants  in Mexico and the United States. During his talk he shared his experience as a dark-skinned Latino in a community with prevalent anti-indigenous sentiment and how they fueled his studies. During his talk he stated, “I think that fundamentally…. integration is a spatial process.” He described how interactions are vital to socialization and that they provide the basis of identity formation.  Dr. Herrera also spoke about how some of his past research showed that many Central American migrants to the US come to work as day laborers. “Literature was treating day laborers as transient despacialized laborers…(in) our current neoliberal economy, migrants are valued solely for their cheap labor without adequately perceiving them as human beings who construct social relationships that produce space.” Dr. Herrera coined the term racialized illegality to conceptualize this hardship faced by Central American migrants, how illegality affects people depending on how they were racialized in their own country and how that ultimately affects their migration and settlement processes. 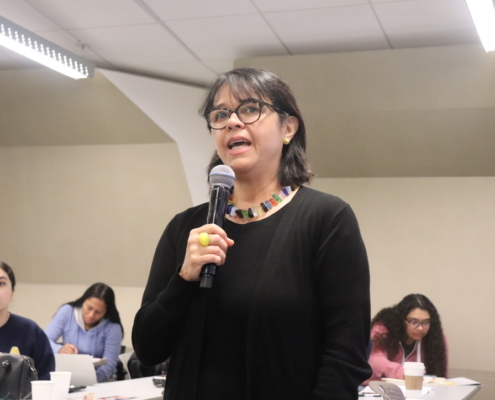 Cecilia Menjivar, in her opening speech, described the growing number of Central-American scholars and what it means for the future of the discipline.

Members from UNICA and CAIGA took part in a panel that centered their work for Central American migrants.

As Central American immigrants continue to face increasingly negative rhetoric and horrific conditions meant to drive them away from coming to the United States, it is important that conferences such as the “Central American Migration to Mexico and the United States Conference” continue the conversations that bring critical context to these issues. Spaces, such as the one created last month, are necessary to facilitate the transfer of knowledge among academics that can be utilized to create more holistic and human portrayals of the Central American refugees that continue to be featured across all forms of media.

Every speaker agreed that educating others about the issues Central American migrant communities are facing and bringing a human face to those issues through personal narratives, is vital to finding effective solutions that recognize the humanity and dignity of immigrants. They also agreed upon the toll that is being exacted in the current immigration environment that will haunt communities for decades to come, with Dr. Abrego putting a fine point on the matter saying, “What is happening right now, I guarantee you, will have effects for generations to come as people have to heal from the type of legal violence we are seeing.” 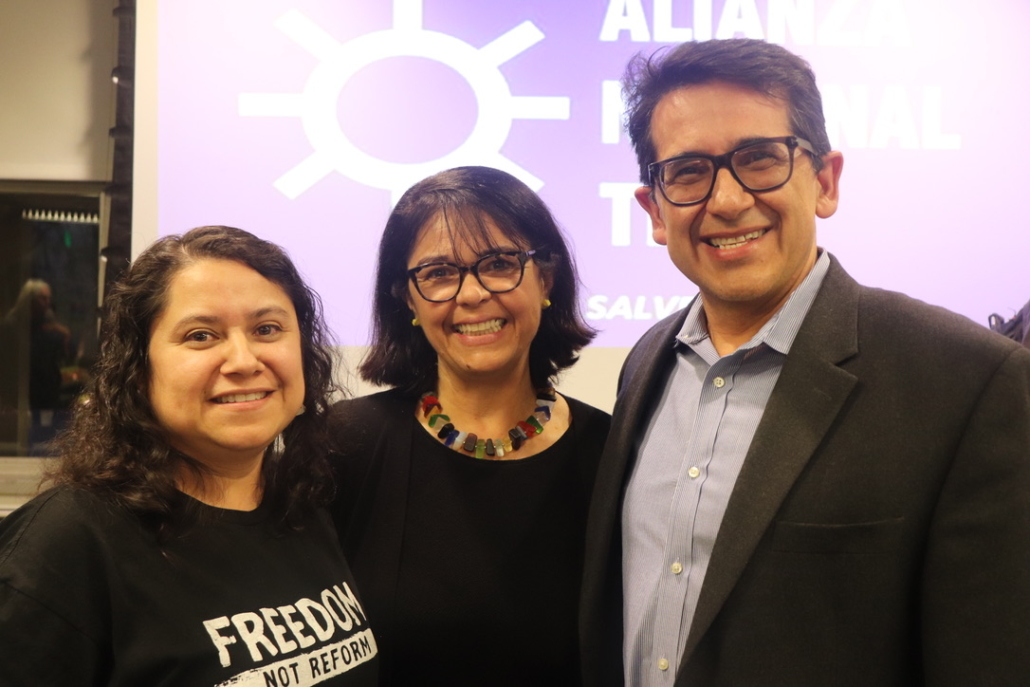 The event was created in conjunction between the UCLA Chicano Studies Research Center, the UCLA Latino Policy and Politics Initiative (LPPI), the UCLA Center for the Study of International Migration, and the UCLA Center for Mexican Studies and co-sponsored by student-run organizations CAIGA (Central American Isthmus Graduate Association) and UNICA (Union Centroamericana de UCLA).

For more reporting on the conference, go HERE.

Latinas in California Remain Invisible in Policymaking: UCLA Alumni and Researchers are Looking to Change That

New Study Finds a Substantial Number of Californians Are Working Before Becoming...
Scroll to top