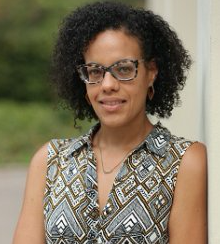 In case you missed it:

*On December 13, 2019, in a one-of-a-kind listening session at the Hammer Museum, UCLA musicology professor Shana Redmond brought together critics, scholars, and musicians to reflect on the creativity and significance of the album Black on Both Sides by Yasiin Bey (formerly known as Mos Def). The album, which turned 20 last year, combines sonic complexity with lyrics that reflect the musician’s strong political beliefs and is consistently cited as one of the top ten hip-hop albums of all time. Redmond was joined by Sohail Daulatzai, film and media studies and African American studies professor at UC Irvine; emcee and comedian Open Mike Eagle; film and TV music supervisor Morgan Rhodes, co-host of Heat Rocks podcast; and DJ Lynnée Denise. Watch the video HERE.