Blog - Latest News
You are here: Home1 / Explore2 / Knowledge3 / Recap of UCLA Symposium “On the Matter of Blackness in Europe: Transnational... 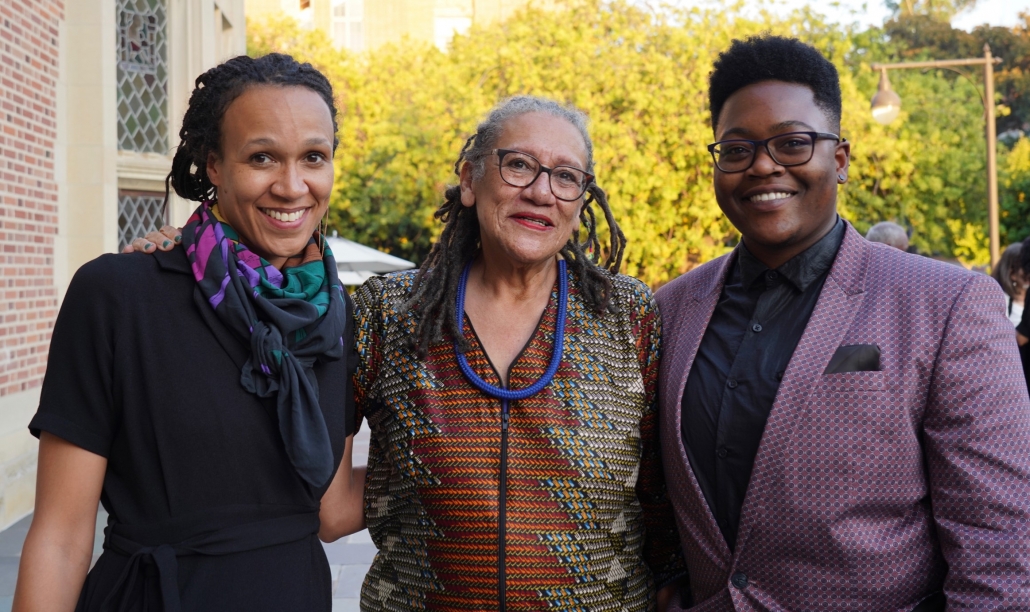 On October 10-11, 2019, a two-day symposium co-organized by Dr. SA Smythe (African American Studies Department, UCLA) and Dr. Vanessa Thompson (Goethe Universitate, Germany), was well attended by students, staff, and faculty from UCLA and other universities in the Southern California area, as well as those from the local Los Angeles community. It featured presentations and performances from around two dozen scholars, artists, and activists seeking to productively engage the project of Black Europe from a transnational and intersectional feminist perspective. This included working within and across the disciplines of sociology, anthropology, history, literary criticism/comparative literature, gender studies, and performance.

Presentations addressed many relevant topics key to understanding our contemporary political moment, such as the following: the issue of Black people who are rendered non-citizen within Fortress Europe; urban insurrections in the aftermath of police killings of Black youth in Paris, London, Stockholm, and other European countries; mobilizations against anti-black imagery and public demonstrations, such as those against Zwarte Piete (Black Pete) in the Netherlands or anti-blackface campaigns in German and Swiss theatres; struggles for decolonization in educational institutions and on street names, as well as for the decolonization of colonial museums; the notion of abolition and reparations on national and global scales; and the material memories of enslavement, colonialism, imperialism, and their aftermaths.

These topics and more did not only speak to the current conjunctures of Blackness in Europe, but also signal the importance of these formations and struggles as radical contributions to the global formations of Blackness writ large, and the Black radical tradition and Black feminist freedom visions and horizons in particular. Thus, “On the Matter of Blackness in Europe” provided timely perspectives on formations of Blackness and Black struggles within and across the Black Atlantic and the Black Mediterranean that challenged monolithic or dominant iterations of Black study and Black people, while still being attentive to practices of Black solidarity that transcend national containers and are expressed in and through temporal, spatial, performative, commemorative, cultural, and poetic interventions and imaginaries.

The symposium featured a keynote address from Distinguished Professor Emerita Gloria Wekker of Utrecht University (UCLA PhD alum, 1992). It was intentionally organized during European Black History Month, and during the 50th anniversary of the first Black and Ethnic Studies departments in the US. Drs. Smythe and Thompson wanted to have UCLA provide some of the context and the conditions to continue to take transnational feminist approaches to all Black Studies seriously, in a way that allows us to both recognize how African American Studies and Black European Studies share in similar struggles, legacies, and commitments to the struggle for liberation and the joyous matter of Black life from different material and historical conditions.

Please check out the following videos from this excellent two-day symposium at UCLA:

Launch of the “Women Beyond Bars: Reentry and Human Rights” Report — TOMORROW at UCLA

Do We Make a Difference? Social Change in Theory and Practice
Scroll to top