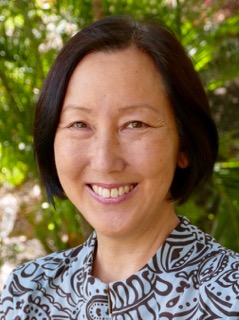 Dr. Karen Umemoto is a professor in the Department of Asian American Studies and the Luskin School.  She is also a UCLA alum, who has some big plans as the new Helen and Morgan Chu Endowed Director’s Chair of the UCLA Asian American Studies Center.  We recently met up with Dr. Umemoto to learn about her experiences growing up in LA and how that has shaped her work to affect change in her home city.

LASS:     Thank you for joining us today. Please tell us about yourself.

KU:         I’m a third-generation, Japanese American, born and raised in Los Angeles. I’m a proud Bruin, having started my college education here at UCLA and then returning for my master’s degree in Asian American Studies, and then returning now, after 22 years of teaching at the University of Hawaii. I’m happy to be back.

LASS:     I know you did some really important and impactful community-based research work while you were there. Can you talk about that and how you’re bringing that work to UCLA?

KU:         Yes, I have a strong interest in community-based development and I worked primarily with Native Hawaiian communities over the past 22 years while in Hawaii. I was heavily involved in building community-university partnerships, some lasting the entire two decades. I gained a lot of lessons there, about how people at the university can engage with communities in a way that is empowering for them, that is mutually beneficial in terms of a co-learning process, and that leaves a long-lasting, positive impact in communities. I’d like to apply that through my position as a faculty member, as an instructor, and as the Director, here at UCLA Asian American Studies Center.

LASS:     What plans do you envision for the UCLA Asian American Studies Center? 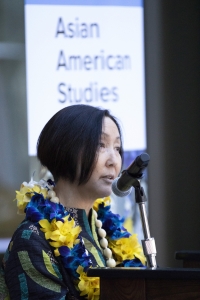 KU:         As the new Helen and Morgan Chu Endowed Director’s Chair of the Asian American Studies Center, I’m working with our staff and faculty to launch a couple initiatives in the spirit of being relevant to the world and to our communities. One is a digital media initiative. We’ve gained a lot of knowledge and we’ve collected a lot of primary source materials over the course of the last 50 years since we were established. I see our role as helping to push that out to the public over the next 50 years. We’ll continue the research and collection of historically important collections, but I really see the need to utilize the latest technologies and digital media to make this knowledge in Asian American and Ethnic Studies more accessible to the public and to the world.

The second initiative is focused on public policy. Though there is important work on Asian American and Pacific Islander policy issues being done at many universities, I’d like to see UCLA play a role in collaborating with others to further policy relevant research on Asian American and Pacific Islander populations. We have the critical mass of applied researchers here at UCLA. We have good models for policy centers that we can learn from. And, we have the strong infrastructure of UCLA and its standing in the public to be able to mobilize research efforts to make an impact on issues affecting our communities both in the realm of national public discourse and in local policymaking.

LASS:     What about your own personal research interests?

KU:         I’m working on several book projects, one based on the juvenile justice research and reform work I did in Hawaii and another on the history of urban renewal in Los Angeles’ Little Tokyo.  I’m also very interested in race relations in Los Angeles, which I’ve done research on in the past.

To me, community development issues and race relations are very interconnected. I grew up in Gardena in the 1970s, which was named the most diverse community in the country at that time. And the 1970s was one of the most prosperous times in Southern California. Race relations was relatively positive compared to other places and other periods. So I grew up in somewhat of a bubble, thinking that race relations with as good everywhere else. And when I left Gardena, I realized that it wasn’t.

Fast forward to graduate school when there was growing controversy over the concentration of liquor stores in South LA, many of which were Korean owned. And there was the horrific incident in which Latasha Harlins was shot and killed by a Korean American grocer, which was a precursor to the civil unrest in 1992. I remember sitting in my dorm room when the police officers involved in the Rodney King beating were acquitted. And I watched my community and my city go up in flames.  I had already been planning to study racial conflict at that time, but this sealed it.

So, when I returned to Los Angeles to do my dissertation work, I was really committed to understand racial conflict—how it escalates and how we could better handle it. But I was looking for a way to study day-to-day racial conflict, not necessarily explosive incidents, because it’s the day-to-day conflicts that then build up to these explosive moments. The most violent form of everyday racial conflict at that time was interracial gang violence, so I ended up studying a gang war between the Culver City Boys and the Shoreline Crips. I did a three-year ethnographic study of the gang war, which resulted in a book called The Truce: Lessons from an LA Gang War.

I think that many of the lessons from that gang war and from police and community responses to it are still very relevant today. I think we see a lot of problems today that stem from that same phenomenon where people are not able to see the world from other people’s point of view and work more collaboratively to address controversies that lead to racial tensions.

“I’m reminded of the period of history where my parents were incarcerated in US concentration camps during World War II. I think about all of the things that lead up to their incarceration and you see many of the same things happening today—the untethering of discourse from material realities, the demonization of different people from the top echelons of government.” – Dr. Umemoto

LASS:     So what types of challenges do you see out there and how do you hope to address it?

KU:         I think there are three major challenges many others here at UCLA, and I, are concerned about. One is the growing wealth gap and economic inequality of opportunities, between the haves and have not’s.

The second is the lack of better opportunities through which individuals and communities can engage in the civic decision making processes in ways that build capacity and lead to greater social justice.

I’m reminded of the period of history where my parents were incarcerated in US concentration camps during World War II. I think about all of the things that lead up to their incarceration and you see many of the same things happening today—the untethering of discourse from material realities, the demonization of different people from the top echelons of government. It’s the demonization of entire groups of people by those in the top levels of government, and the fanning of fear amongst the majority population about these groups, tapping the economic precarity that people feel, that leads to tragic consequences for the most vulnerable.

LASS:     So with all that in mind, what’s the impact, through your own work and through the Center, that you’re hoping to make?

KU:         I think one way that we can contribute to addressing these problems is to push out Asian American Studies and Ethnic Studies—disseminating knowledge and educating students and the broader public about Asian Americans, Pacific Islanders, and other historically marginalized communities. If we can nurture greater empathy, greater understanding, and greater respect towards all populations across society, then and only then is civic democracy and greater societal justice possible.

LASS:     With that in mind, any parting words?

KU:         Just that this is the only job I would have moved back home for. UCLA is the only university that I would have been interested in. I’m a strong believer in public education. I’m a product of the LA Unified School District. I’m a product of the California State University system and the University of California system. I think we play such a critical role in educating the next generation of thought leaders, changemakers, and citizens of the world who can make a positive impact. I think this is the right place to be at this time.

LASS:     That’s wonderful. Thank you so much for sharing your work and experiences with us.

Festivals in the City of Angels: Kwanzaa in Leimert Park Village on December 17 — RSVP Today

Reflecting on an Evening of Art, Health, & Thinking Gender

Fear Is a Party Animal

Storytelling For Self and Community Healing – UCLA Event Tomorrow 9/2...
Scroll to top