Medical science presumes biological risks drive disease patterns, but they have a hard time explaining many epidemiological patterns. Social network processes may be the key.

For example: diagnoses of autism – which is supposedly the most genetically determined of all neuropsychiatric disorders – have increased rapidly in the past 3 decades. Yet it takes multiple generations for the human gene pool to demonstrate any fundamental changes. My collaborators and I have researched other factors that might be responsible for the increase, and found that living close to someone with autism increased the chance of an autism diagnosis. After ruling out explanations such as viral transmission and the sorting of similar people into neighborhoods[1], we think that parents learn about autism and diagnostic resources from their neighbors, which has led to an increase in diagnoses.

If the number of autism diagnoses (not the underlying condition) has increased because we learn about it from our neighbors, a proper model of the social processes should be able to predict when and where they will be diagnosed. This is a quintessential test of the potential spread of autism diagnosis through social networks. We built a “synthetic” population of all parents in California that resemble the real population and check if the chance for them to meet another parent with a child with autism matters[2]. Indeed, while a traditional approach would have put the main cluster of autism in San Francisco due to a high concentration of parents at risk (e.g., giving birth when they are older), our model including social interactions correctly put it in Los Angeles. So social, rather than biological, factors are responsible for the spatial patterns of autism.

An unintended consequence of the autism epidemic is the current wave of vaccine hesitancy. My former graduate student Ashley Gromis (now a post-doc at Princeton) and I are now using a large computational model to figure out how much more likely we are to see an outbreak of measles due to geographic pockets of vaccination exemptions. What we found is that effective vaccination rates in these pockets actually decrease by a few percentage points. A few percentage points may seem not much, but our results show that it is enough to put the whole community, including areas with high vaccination rates, at risk. Thus we need interventions not only to maintain vaccination levels, but also to make sure the exemptions do not concentrate in certain areas. 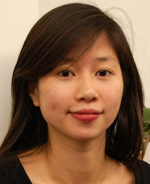 Reading Between the Battle Lines: Decoding Values in Tweets About Gun Control